More than 100 illustrations of seeds and plants

The Seed Savers’ Handbook is a complete reference for growing, preparing and conserving 117 traditional varieties of food plants.

It was written in 1993 by Michel and Jude Fanton, founders of The Seed Savers’ Network, especially for Australian and New Zealand cultures. It is however applicable to all situations.
The Seed Savers’ Handbook has 180 pages with stunning original illustrations.

Purchase the book in the Shop 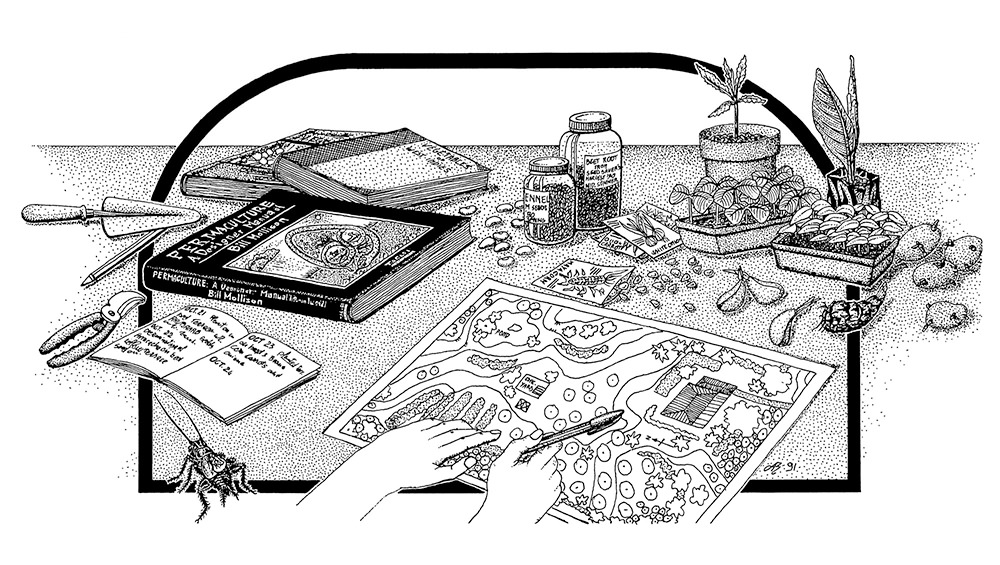 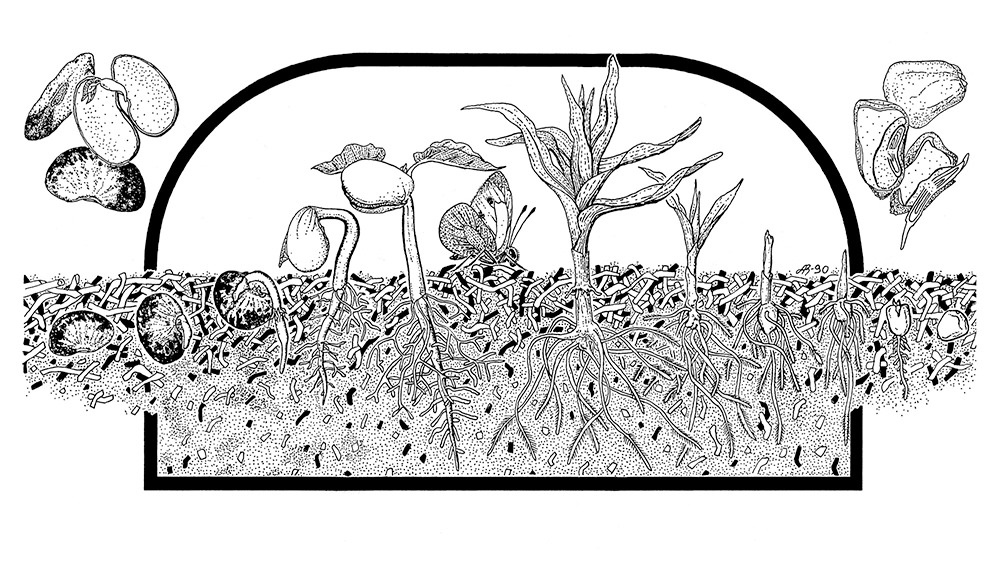 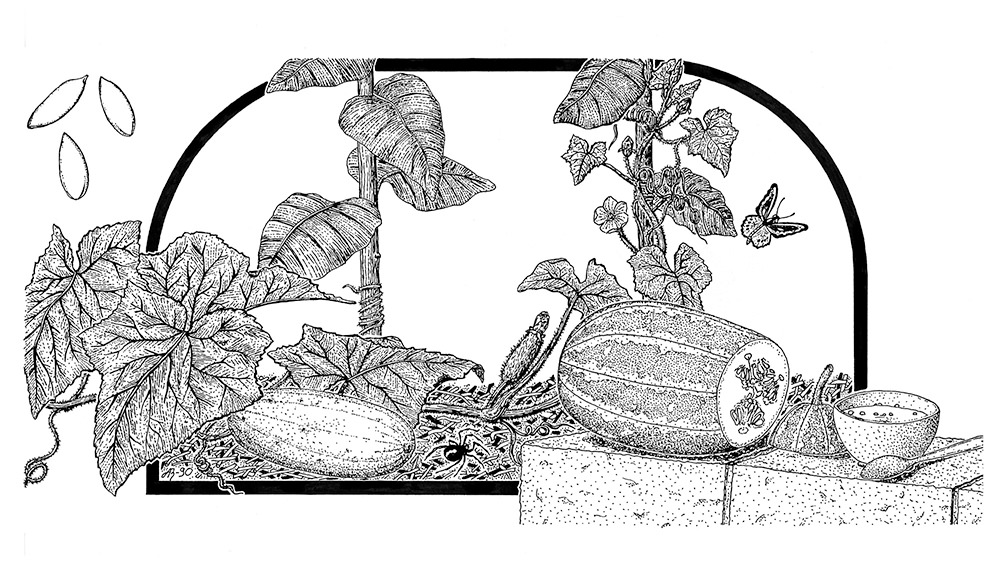 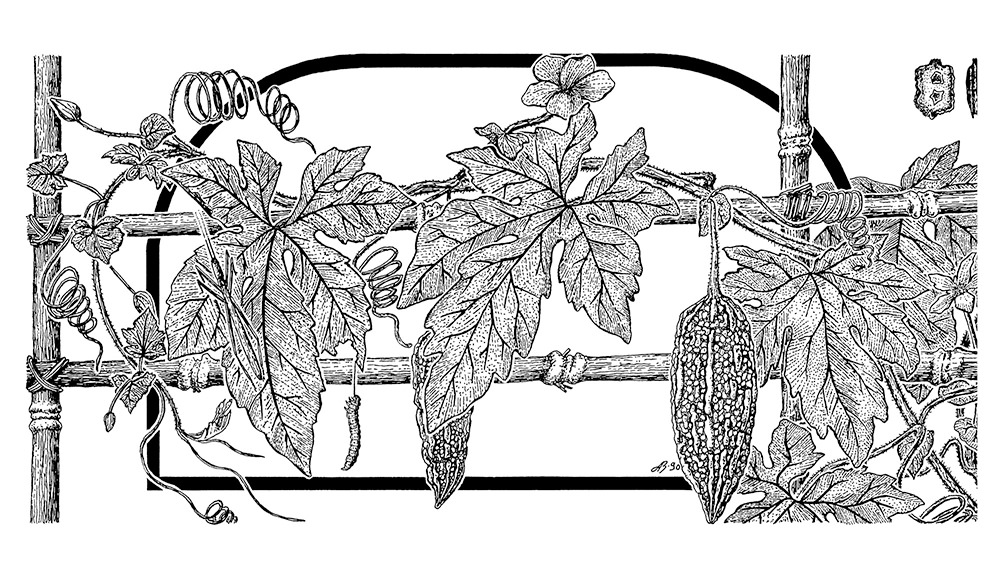 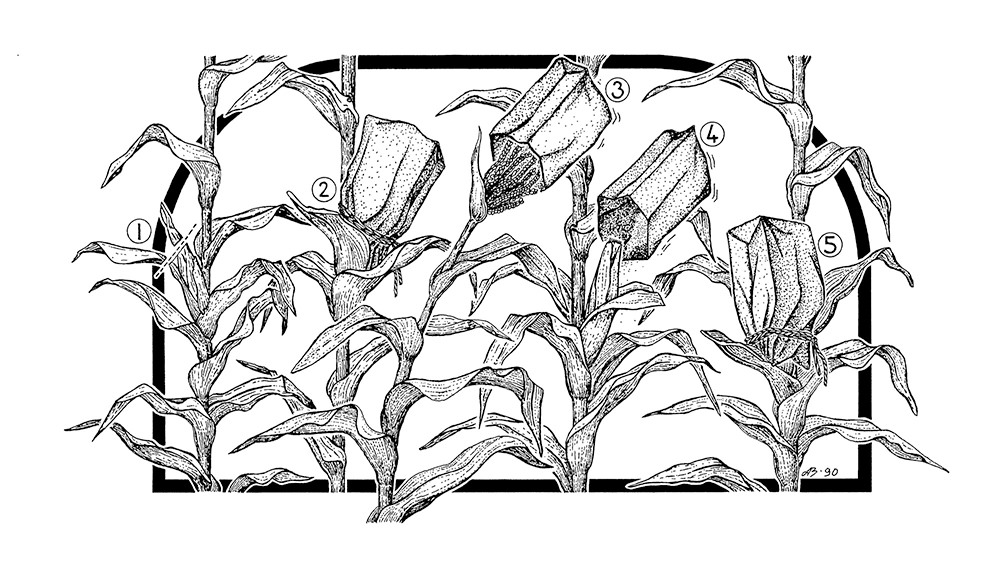 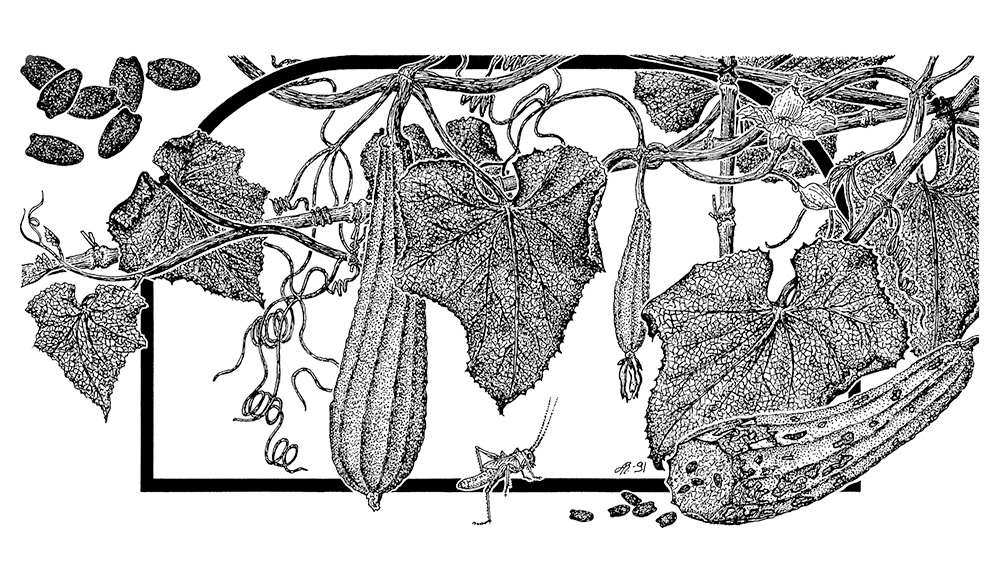 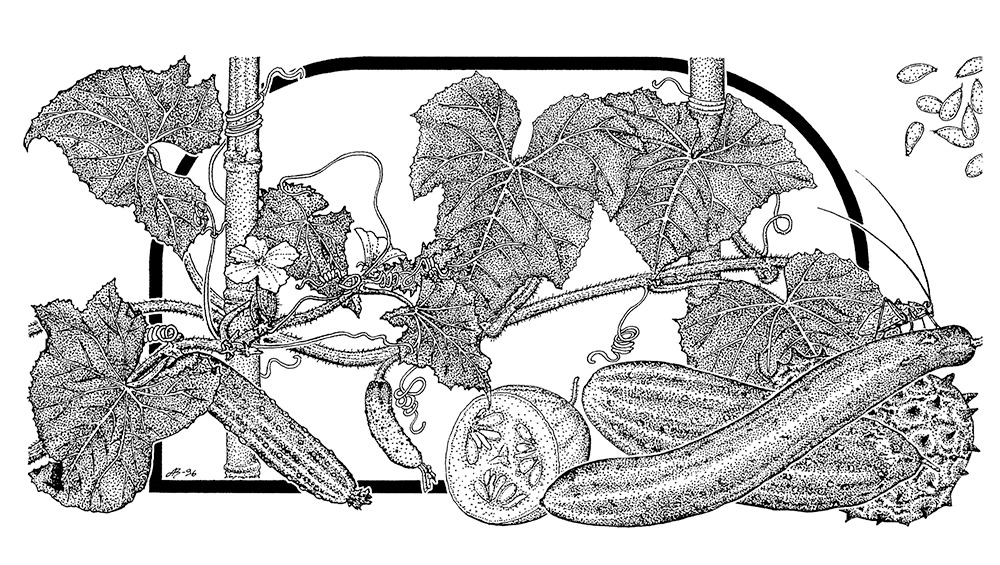 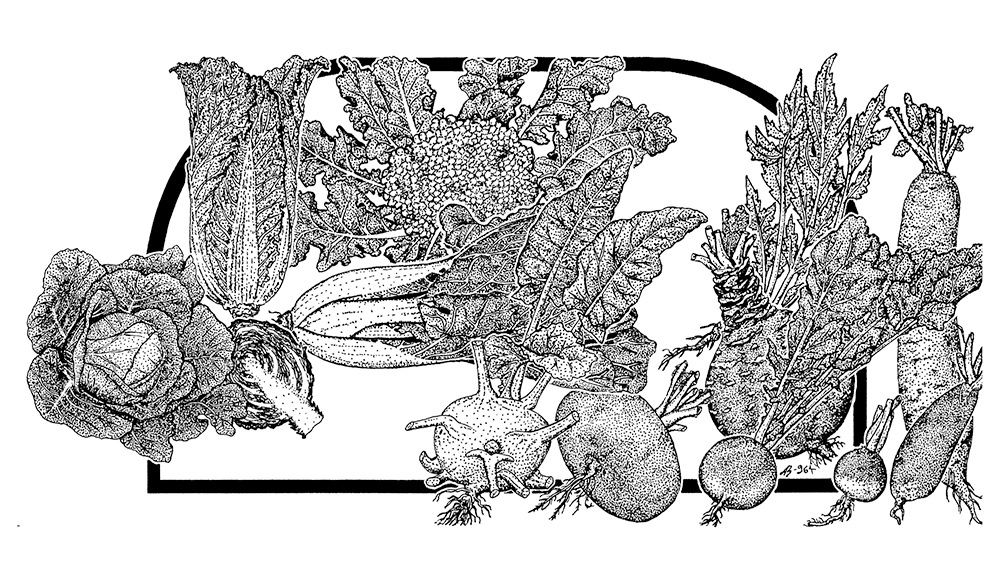 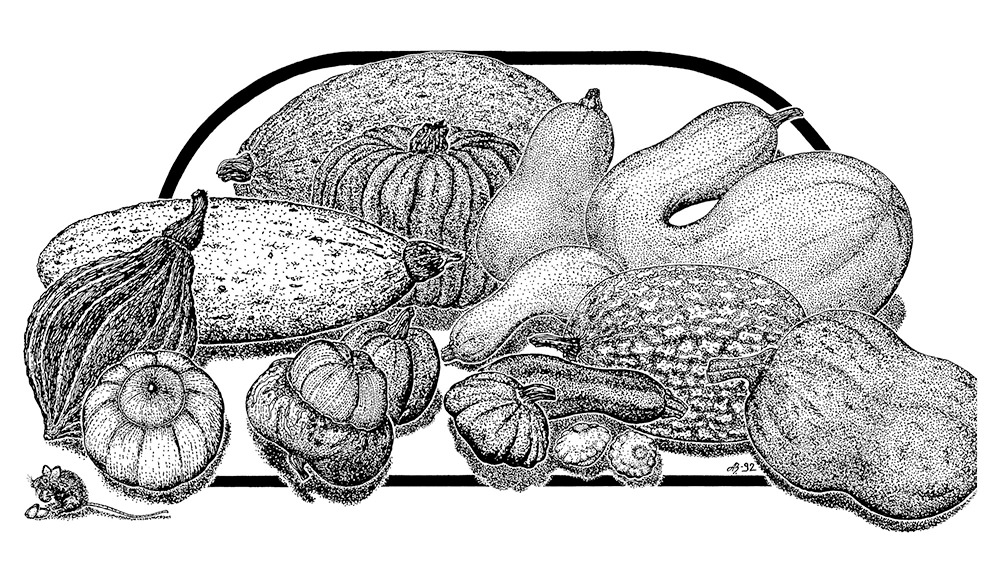 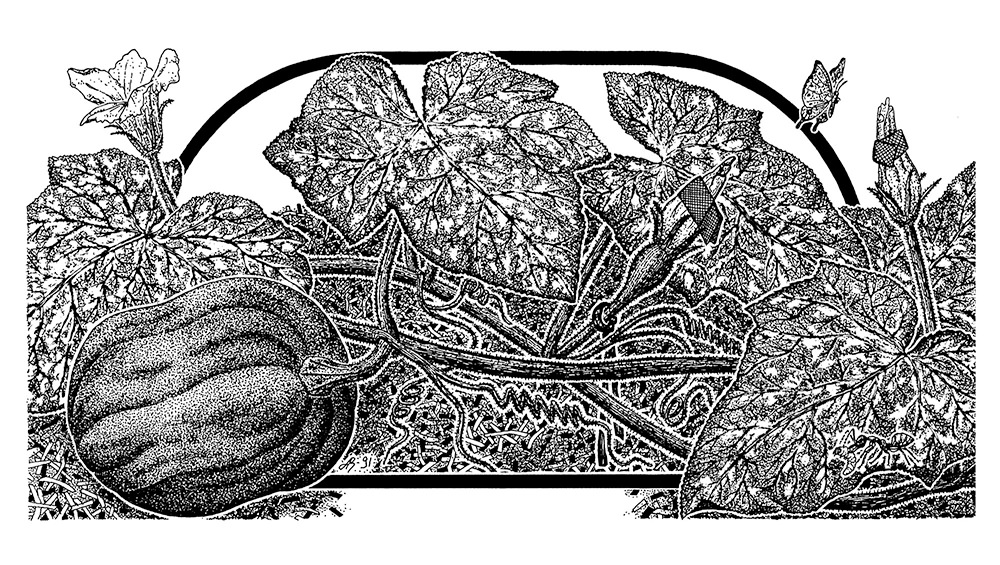 The book begins with eight chapters on the issues around seeds globally and the practicalities of saving your own seeds. Three quarters of the book gives practical seed saving information on 117 food plants, mostly vegetables, with the remainder culinary flowers, herbs and spices. Each plant has a description, its wild origins, how to cultivate it, save its seeds or otherwise propagate it, storage of the seed and its medicinal and culinary uses.

Permaculture, biodiversity, organics and companion planting are the principles that underlie the contents of this book.

Michel and Jude Fanton wrote The Seed Savers’ Handbook from experience and with a great deal of research. It has been a reliable reference book not just on propagating and breeding your own vegetables, but also for how to grow and use both common (corn, tomatoes, beans, cabbages, etc.,) and unusual vegetables, such as tumeric, peanuts and several species of gourds.

Included are many Asian and South American vegetables, herbs and spices.
At early 2014, 36,000 copies of the original edition have been sold with another 30,000 copies of translations and adaptations sold around the world.

Bill Mollison, founder of Permaculture and recipient of the Australian Achiever Award 1993, says in the book’s preface:

“I believe this book to be essential for all caring farmer, gardeners, cooks and parents, and I trust that it will speed our return to good nutrition and a healthy society.”

“Many people care passionately about the environment and conserving it for future generations. An integral part of this is concern for the demise of old-fashioned varieties of useful plants and vegetables. But philosophical thought and rhetoric alone cannot turn the tide – the timely publication of this informative and practical book will do much to guide ordinary people to becoming caretakers of our diverse seed heritage.”

Submit a review:
We welcome commentary on The Seed Savers’ Handbook to help us help all of you with this extremely valuable resource. Email a Review

This book is your lifelong guide to food security. As Covid emptied shelves, people turned to their gardens to secure a reliable supply of nourishing food. As our climate continues to change, so too must our crops.

Since 1993 The Seed Savers’ Handbook has guided both experienced and novice gardeners in the cultivation of more than 110 food plants. Learn how to modify your crops to better suit your local soil and climate. Our multicultural society has a diverse seed history of seed conservation. Gardens and gardeners sustain our evolving food culture. All hands to the soil!

“If you cherish your greens devour this splendid book designed to save our shrinking vegetable heritage.”

“The definitive work on vegetable seed saving combines passion and practicality – every gardener should read this”.

An adaptation was made for the UK (in 1996) with Jeremy Cherfas with a PhD in animal behaviour, a prolific senior science writer.
Previously life science and biology editor of the New Scientist, a morning broadcaster with Radio 4 and a television journalist, Jeremy authored 16 science books and is a frequent contributor to the Financial Time, The Guardian, The Economist and the BBC Wildlife. Jeremy co-authored the Seed Savers’ Handbook for  Uk conditions with the Fanton’s.

There are also translations published in Japan (2001)  with 900 Seed Savers’ Handbooks in Japanese public libraries, and Italy (2005 and 2013) with two publishing houses.

The Seed Savers’ Handbook has been translated in many ways over the years.
Some of these efforts are quite formal and precise, while others are enthusiastic efforts to serve the needs of a particular time and place. We appreciate all the work people do, no matter and kindly ask for an adaptation to local cultures and conditions rather than a faithful translation, when possible.

A Spanish translation is in hand and publication have occurred in Cuba.
The book was reworked on the request if the author to reflect Cuban examples and seed practices. A translation into French is also in-hand and E-books in Spanish and French are coming soon on this site.
There have been abbreviated translations and adaptations done in these languages:

Jeremy Cherfas co-authored the seed savers handbook for the Uk with the Fanton’s. With a PhD in animal behaviour, is a senior science writer. Previously the life science and biology editor of the New Scientist, a morning broadcaster with Radio 4 and as a television journalist, Jeremy authored 16 science books and is a frequent contributor to the Financial Time, The Guardian, The Economist and the BBC Wildlife.

Part One – The Issues

How to save seeds or propagate by cuttings, tubers, rhizomes or roots the following 117 vegetables, culinary herbs and flowers.

Additional notes on cultivation, usage, origins and the meaning of the botanical name of each plant.

Traditional varieties are described so that you can look out for them.